Why I Left Christianity for the 2nd Time! 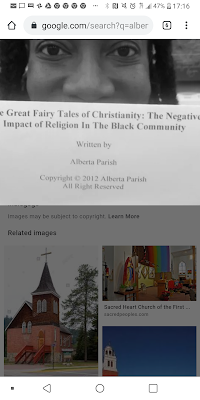 A lot of you were initially drawn to my Instagram page at a time when I espoused Christianity. In fact, many of you are either Orthodox Christians or Kemetic Christians. Many of you also left traditional Christianity and are now claiming to be Hebrew Israelites. Therefore, my recent posts in which I am tearing down your fantasies aren't going to get many likes. Neither are many going to share my posts with others. Recently, I made the choice to leave religion alone for the following several reasons: 1). Being a Christian never produced any real tangibles for me, 2). Jesus never existed historically, and 3). The Bible consists of forgeries and myths originating from Babylon, Kemet, Persia, and other cultures. I would not be true to myself if I'd continued lying to myself and others. I don't just want to believe this biblical God is real. I want to 'know' if it is all real. Belief is one thing but knowing is quite different. The problem is God has NOT shown himself for well over 2,000 years! Jesus hasn't come back. Nobody's being healed or delivered from anything. Jesus hasn't rescued anyone. I can't live on ancient fairytales and belief. My bills and rent are due each month. Belief won't put food in my belly or pay my living expenses.

From my teenage years, I wholeheartedly believed that a merciful God was watching out for me and protecting me. I believed in miracles. I believed in a Savior that died on the cross and shed his blood for my sins. That is, until I walked away from the church and Christianity in 2011 after only a few months of educating myself on the origin of Christianity. Then I went on a crusade against the church and Christianity. Through self-education and the Black consciousness community, I learned a great deal about African civilizations, the true origin of Christ and the Christian doctrine, the Bible's inaccuracies, the Nicaean Council in 325 AD, etc. In fact, I had built up a YouTube following under the username, MsMaxy74 through my connections with RealitysTempleOnEarth Internet Ministry, the Amen Ra Squad, Blackson and others. I brought the knowledge to the people and also wrote countless essays on the Kemetic connections to Christianity,  African civilizations, ancient religious systems, the real origin of Christ, the Romans inventing Christianity, the black church's failure of the black community, true liberation from the system of white supremacy, Jim Crow, etc. In fact, I had a website called the Freedom Tribune. I also wrote for the Buffalo Bullet. Several years ago, GoDaddy cancelled the Buffalo Bullet along with a very popular white supremacist website who have since gone to the dark web.

When I lost my job at MARTA in 2013, I came to the online community asking for help/donations but got very little support. That made me feel a certain way regarding the people I'd been dealing with for a couple of years. A few months later, I shut down my YouTube channel and Facebook page (where I had almost 5,000 followers) when I realized that a lot of people who I thought had my back were talking mad shit about me behind my back. Some even joked about what I was going through as a result of my job loss and not having money to properly support myself. Most black people have a nasty habit of looking down on other black people who are less fortunate when collectively the average black household in the United States has a median income of only $8.

In 2015, I returned to the church after reading a book called "A Land Unknown: Hell's Dominion." It was written by a former atheist named B.W. Melvin who claimed that he died in the 1980's from cholera and was given a tour of hell by a demon. He said that he accidentally drank contaminated water on a construction job site where he worked in Tucson, Arizona and later went home where he grew ill. He said that after he died, his spirit floated to the ceiling of his bedroom. He later found himself going through a portal and he saw Jesus sitting upon a huge rock in outer space. He said that he saw his pierced hands. They had holes in them. He claimed to have spoken with Jesus, who made him understand all the answers to the questions he had. Melvin also said Jesus sent him to hell where he later found himself in a dark place surrounded by dead friends he thought were his friends. But they were demons posing as his friends. After he saw Adolf Hitler and countless others in hell and being punished for their sins, he said that he saw a bright light pierce the darkness, and a huge hand reached down and grabbed him out of hell. B.W. Melvin was an atheist during this time but he grew up in Christianity as a youth. Therefore, Christianity still had a great influence in his subconscious mind.

B.W. Melvin had a near death experience, which is not the same as death itself. There are many people who also claimed to have died on the operating table during surgery and said they went someplace else. When you're not actually brain dead, you can still see images because the brain is still functioning. A friend of mine had a major heart surgery in September and claimed that he was lying on a cloud someplace in an island-like environment. He didn't see any Jesus, Jehovah or angel. Where he was resting was a nice, sunny and warm place, according to my friend.

Once the brain dies, you cannot see any more images through this physical organ. But in a near death experience, you can see all types of images in which deceased loved ones are coming to meet you and escort you safely on your journey. I'm not saying that B.W. Melvin did not experience what he saw. I'm saying his brain was still functioning at the time he grew ill from cholera and, as a result, his experiences became his reality. However, he wasn't fully dead. 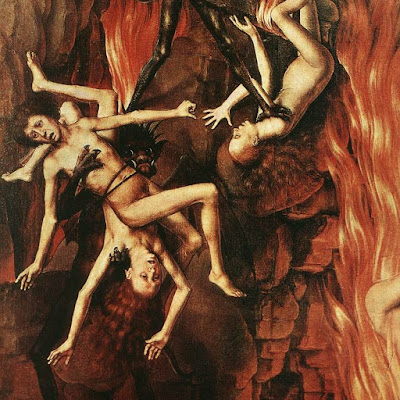 After returning to Christianity in 2015, I thought I'd done the right thing because I didn't want to go to hell. I did what I felt was right, and I thought it was all real. I went back to school, got a degree, got a job, lost that job, and quickly my life spiraled downhill. A few months after losing my new job, I lost my mother on October 24, 2017 from stage 4 uterine cancer. From 2015 until as recently as earlier this year, I prayed for help from God. I became very depressed in 2017. First, due to my job loss and afterwards losing my mother in late October of 2017. But through all of that, I kept worshiping and going to church. Over the years, I've waited patiently for some deity that wasn't even real. I deceived myself and others!

This year, I truly demanded evidence for the existence of God and his Son Jesus that I'd been led to believe since youth are real supernatural beings (i.e., gods) who cared about humanity. I came up with nothing that suggests that the biblical God Yahweh cared about humanity. Neither non-scriptural sources suggests that Yahweh is a loving and benevolent being. In fact, the biblical Yahweh is also a watered down version of the Anunnaki extraterrestrial Enlil. According to the Babylonian creation story, Enlil was the son of An (Anu) and Ki. He had a half-brother named Enki, the lord of the deep. Enlil, according to the ancient Mesopotamians, was known as the god associated with wind, air, earth and storms. Enlil caused a great flood to come upon the inhabitants of ancient Sumeria. This was the true basis for the Genesis flood. Enlil had enslaved Homo Sapiens for thousands of years. Due to humanity's overpopulation, he wanted to rid the earth of the Homo Sapiens that the Anunnaki had created for the purpose of being servant-slaves. Homo Sapiens were specifically engineered to bear the hard labor that the Igigi had refused to bear.

The Anunnaki were not gods. Enlil is NOT God. The Anunnaki were extraterrestrial biological entities (EBEs). They lived in the natural world with humans and animals. They were not "spirit" beings. They had physical bodies like humans except they had a much longer life span than the average life span of a human being. 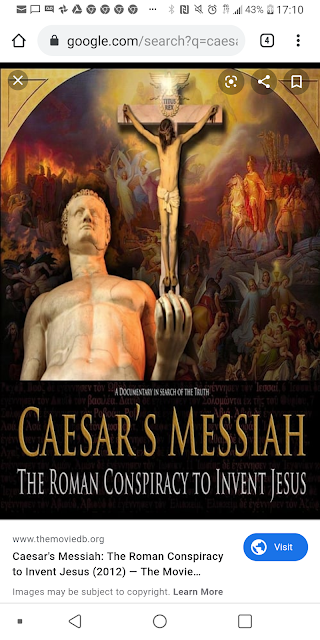 This year, I returned to the texts by various authors that I'd studied in 2011, 2012, 2013, and so forth. Such works as Caesar's Messiah written by Joseph Atwill has recently given birth to YouTubers like MythVision Podcast. Robert Price's works have also inspired many YouTubers like AronRa.

There was a book written years ago entitled The Case For Christ, which also became a motion picture. Why would such a book need to be written if there were factual and unforged historical evidence that a man named Jesus ever walked the earth? As a people, we're constantly looking for someone or something to come from the sky and rescue us when our own rescue was within ourselves this whole time. Why can't you save yourself from the system of racism and white supremacy instead of looking toward others to save you? Oh, you think Jesus is coming back to rescue you? Jesus is not coming back because he never historically existed! Jesus is truly a myth. A lot of people don't want to face this truth because you will no longer be able to use Jesus as a crutch for your own cowardice.

These ancient fairytales are slowly crumbling all around me. What do I have left after religious myths have stolen and wasted years of my life? How about my wit? How about using all our brain power to overthrow the system of racism and white supremacy once and for all time? Otherwise, they will put your future family members back in slavery less than 50 years from today. Thank goodness I wasn't dumb enough to have children in this environment!