When Sky Beings Walked the Earth 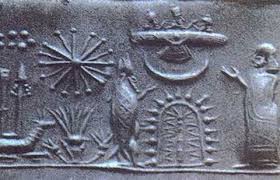 Jeremiah Chapter 4 gives an excellent account of what happened to the FIRST WORLD. Jeremiah 4:23-27: "I beheld the earth, and, lo, it was without form, and void; and the heavens, and they had no light. I beheld the mountains, and, lo, they trembled, and all the hills moved lightly. I beheld, and, lo, there was no man, and all the birds of the heavens were fled. I beheld, and, lo, the fruitful place was a wilderness, and all the cities thereof were broken down at the presence of the Lord, and by his fierce anger. For thus hath the Lord said, The whole land shall be desolate; yet will I not make a full end."

Scientists have confirmed that the earth is millions of years old. During the Second Earth Age, the Watchers were also assigned to watch over humanity. The Book of Enoch says that these Watchers had cohabited with human women and produced offspring known as the Nephilim, according to Genesis Chapter 6. In Strong's Concordance #5303, the word "Nephilim" means giants. Again, the primitive humans worshiped "sky beings" as gods because of their appearances and the technology they possessed. These beings were very tall in stature. The Sumerians called these beings the Annunaki, which mean "those who from heaven to earth came." 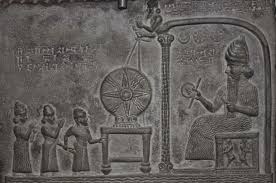 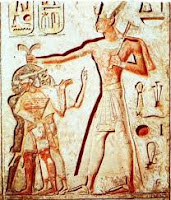 Then they took wives, each choosing for himself; whom they began to approach, and with whom they cohabited; teaching them sorcery, incantations, and the dividing of roots and trees.

And the women conceiving brought forth giants, Whose stature was each three hundred cubits. These devoured all which the labor of men produced; until it became impossible to feed them;

When they turned themselves against men, in order to devour them;

And began to injure birds, beasts, reptiles, and fishes, to eat their flesh one after another, (8) and to drink their blood." 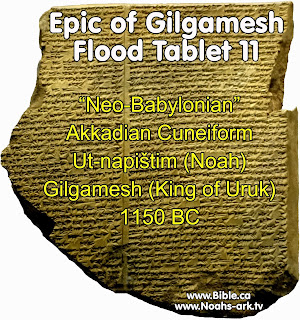 Again, a Great Deluge destroyed these giants because of the corruption they committed in the earth along with the sinners who worshiped other gods, and also committed violence on the face of the earth. The "Epic of Gilgamesh" also gives an account of the Great Deluge that occurred.

Frank Lorey wrote, "The Epic was composed in the form of a poem. The main figure is Gilgamesh, who actually may have been an historical person. The Sumerian King List shows Gilgamesh in the first dynasty of Uruk reigning for 126 years.11 This length of time is not a problem when compared with the age of the pre-flood patriarchs of the Bible. Indeed, after Gilgamesh, the kings lived a normal life span as compared with today.12 The King List is also of interest as it mentions the flood specifically—"the deluge overthrew the land."13

The story starts by introducing the deeds of the hero Gilgamesh. He was one who had great knowledge and wisdom, and preserved information of the days before the flood. Gilgamesh wrote on tablets of stone all that he had done, including building the city walls of Uruk and its temple for Eanna. He was an oppressive ruler, however, which caused his subjects to cry out to the "gods" to create a nemesis to cause Gilgamesh strife.14

After one fight, this nemesis—Enkidu—became best friends with Gilgamesh. The two set off to win fame by going on many dangerous adventures in which Enkidu is eventually killed. Gilgamesh then determines to find immortality since he now fears death. It is upon this search that he meets Utnapishtim, the character most like the Biblical Noah.15

In brief, Utnapishtim had become immortal after building a ship to weather the Great Deluge that destroyed mankind. He brought all of his relatives and all species of creatures aboard the vessel. Utnapishtim released birds to find land, and the ship landed upon a mountain after the flood. The story then ends with tales of Enkidu's visit to the underworld.16 Even though many similarities exist between the two accounts, there still are serious differences" (The Flood of Noah and the Flood of Gilgamesh).

The bible is a book of history. It gives a detailed account of the early history of man as well as the creation of the universe. The bible comprises the old laws handed down to the Israelites by Moses, which formed a covenant between the Most High and His people. The bible also comprises the new covenant through the sacrifice that Christ gave through His blood that He shed for the propitiation of our sins. Furthermore, it gives an account of the first humans who were created as eternal beings, and how they were placed in Eden, which was another name for the continent of our ancestors—the motherland from which all human families developed. Of course, the first man and woman in Genesis were NOT the only humans that the Most High created. There were other PEOPLE that existed before the first man and woman in Genesis. The man and woman in Genesis were made LIVING SOULS, which means they were made of a different substance other than the previous humans that existed on the planet. We are created as eternal beings. This is why we comprise three parts: mind, body and spirit. According to Genesis, the first man who was made a LIVING SOUL was made in the image/likeness of the Most High. According to the bible, the Ancient of Days (i.e. Most High) is described as having hair like pure wool, and feet like brass. Daniel 10:6 says, "His body also was like the beryl, and his face as the appearance of lightning, and his eyes as lamps of fire, and his arms and his feet like in colour to polished brass, and the voice of his words like the voice of a multitude."