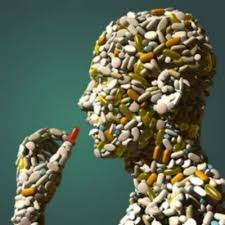 On Sunday, November 5, 2017, a gunman entered First Baptist Church in Sutherland Springs, Texas and opened fire killing 26 people and injuring others.  The youngest victim was 5 years old.  The 14-year-old daughter of the church pastor was also killed.  The perpetuator was a white man in his mid-20s whom authorities claimed took his own life.

In the daughter of Babylon, there is great confusion.  Right now, the confusion is over whether the ordinary citizen must lose his or her right to bear arms for the greater good of the country.  There is only a matter of time when Congress will pass a law prohibiting the use of firearms throughout the United States despite the power of the NRA.  There is nothing that will lead me to believe that crime will drop when guns are removed from the ordinary citizen.  When the framers of the Constitution guaranteed the citizens the right to bear arms, they never had semi-automatic weapons in mind.  Instead, the goal of the citizen’s right to bear arms was to be a last line of defense against a tyrannical government or foreign invaders. 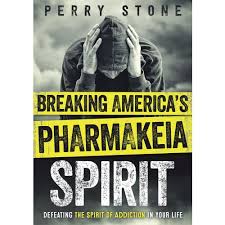 All that we see with the naked eye is not always the reality behind the events.  Events occurring in the natural world first originate in the spirit realm.  The truth is Babylon is a morally decaying society, overran by demonic entities, and void of truth and justice.  Babylon has rejected the counsels of the Most High to execute justice in the land.  Babylon is full of the blood of the innocents whose blood cries from the ground.  Babylon has held God’s people captive for hundreds of years.  Babylon’s system is based on inequality, economic oppression, war, genocide, violence, racism, domestic terrorism, human slavery, etc.  Babylon is under judgment, and it cannot be healed.

The gunman whose name is Devin Kelley was a former U.S. airman, who had a wife and child, according to RT.  The U.S. Air Force had dishonorably discharged him in 2014, the report further said.  In 2012, Kelley was court-martialed for assaulting his wife and their child (ABC News).  It doesn’t look like this guy was doing very well in his life despite the fact that he had more privilege than most people. 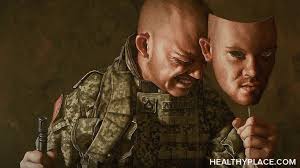 There are things that happen to people while in the military from which they never fully recover.  Many veterans upon returning from deployment also suffer from post-traumatic stress disorder, which is a serious mental health crisis in America.  The U.S. Government’s answer to veterans who suffer from PTSD is to keep them heavily intoxicated with anti-psychotic and anxiety medications.  Sometimes, these drugs don’t cause significant alterations in a person’s mood or behavior.  However, in most cases, these drugs cause people to go absolutely insane.  All pharmaceutical drugs are a gateway for demonic possession, and are casting spells on people.  In other words, the people are being bewitched through the pills they’re taking.  While thinking that these pills are helping them, these pills are doing great harm to them.

There is no current report that Devin Kelley suffered from PTSD.  But there are millions of U.S. military personnel who do suffer from PTSD.  As an ordinary citizen, there is no way for me to know what it’s like to be in the middle of a dangerous war zone for six months or more, or see people blown to pieces before my eyes, or witness the deaths of fellow soldiers on the battle field, or know a fellow soldier who committed suicide because he or she couldn’t take it anymore.  The human psyche is fragile.  The last thing that I want to see is images that will haunt my dreams at night.  Looking at a motion picture is different from seeing events in real time.  Everyone cannot be a soldier in the U.S. military, and I’m one of those persons.  I wouldn’t be able to come out of a deployment of a year with my mind still intact, if I’d witnessed a few gruesome scenes before my eyes.

Since sorcery is the practice of administering drugs, many people are under a spell through pharmaceutical medications.  Being under a spell means you do not have complete control of your bodily functions and mind.  You are being controlled like a puppet on a string by an unknown hand pulling the strings.  The word “pharmacy” derives from the Greek pharmakeia, which means administer drugs; poisons; sorcery. Thus, pharmacy is another word for sorcery.  When a person is heavily toxified through pharmaceutical drugs, they do not think straight and neither do they behave straight.  They’re usually out of it or out of their mind.

Sorcery is a very ancient practice.  Pharmaceutical drugs have been around for a very long time.  The leaves and barks of most trees were originally meant for our healing.  However, there are many bad trees/leaves like opium.  Marijuana, despite its medicinal value, is still a bad tree.  Furthermore, marijuana is being mixed with other chemicals, which produces damaging side effects. 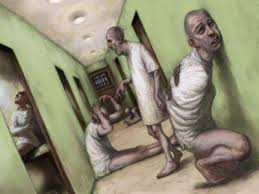 It is imperative that we use the good trees/leaves for our healing.  The medical world does not recognize alternative methods of healing such as herbal teas.  For the American “Murder” System (i.e., American Medical System), money is the number one priority.  Your health comes second and if not second, third.  The medical world pushes pills to make money.   They are the real drug dealers.  Yet, they continuously criminalize the ordinary citizen for doing the same things they’re doing.  They’re killing people through pharmaceutical drugs, and should be locked away in prison.  But the laws protect them while criminalizing the two-bit hustler on the street corner.  A man or woman who sells marijuana may get twenty years in prison while the makers of pharmaceutical drugs never see one day in prison for causing the deaths of millions of people each year.  What is the difference between the doctor prescribing oxycodone, and the two-bit hustler prescribing heroin?  Both drugs belong to the opium plant, which is very bad for your health.

Before Congress outlaws the use of firearms by ordinary citizens, they should first outlaw prescription medications with highly toxic side effects such as oxycodone, hydrocodone, OxyContin, morphine, and thousands of other drugs.  Also, outlaw alcohol.  The real problems that are causing much of the illnesses and diseases people are experiencing must be addressed instead of simply throwing pills at them.  However, the American “Murder” System doesn’t care about real healing and good health.  The American “Murder” System will only perpetuate its sorceries.